Hookworm: The Great infection of Mankind, discovery at Malaghan Institute

In 1962, Norman Stoll, the distinguished Rockefeller Institute scientist who helped to establish human parasitology research in North America, described Hookworm as the Great Infection of Mankind.

Professor Graham Le Gros (shown above with Dr Tiffany Bouchery-Smith) has led a team which has stimulated both innate and memory responses to the parasite, discovering along the way the unexpected behaviour of one particular immune cell, in Hookworm, one of the worlds most devastating tropical diseases affecting 1 billion[1] people.  The journal, Nature Communications, has today published the research[2].

Ten years of work has seen the Wellington-based scientists demonstrate the interaction between innate and adaptive immune cells, never seen before, providing a credible platform for researchers to work towards preventing a disease that causes global suffering.

Hookworm affects mostly the poorest billion people in the world and, according to the World Health Organisation, contributes to the cycle of poverty and ill health for communities of people living on less than $2 a day.  Hookworm infection causes childhood and maternal anaemia, wasting, pain, disability and impaired brain development, but has proved impossible to eradicate as rates of reinfection are high.

Hookworms reproduce in the gut and the eggs passed in stools.  The cycle of reinfection continues in poor communities where the lack of both sanitation and footwear makes eradication impossible. The most feasible way to break this cycle would be to create a vaccine for protective immunity but before we can start developing a vaccine against the parasite however, we first need to identify the immune mechanisms that can best protect against hookworm infection.

Graham Le Gros explains, Humans have evolved to develop immunity to many parasites, but not Hookworm. An unusual feature of their life cycle is that it includes migration of the larvae to the lungs before they develop into adults in the gut.

We were able to create an immune response in the lungs of mice that made it hard for the parasite to live  and therefore break the lifecycle. Our hunt is now to find the right hookworm protein to combine with an adjuvant triggering the activation of these immune cells - to teach a human body to have a memory of how to fight Hookworm.

Additionally, the team demonstrated one immune cell - type 2 innate lymphoid cells ( ILC2s) - trigger immunity and work with other immune cells, the Macrophages and T helper cells.  Previously ILC2s were not thought to be involved as an effector cell in long term memory response to fight off the disease.

The research was assisted by synthetic chemist Dr Gavin Painter from the Ferrier Research Institute at Victoria University of Wellington.  The Ferrier Institute are regular collaborators with scientists from the Malaghan Institute. The work was funded by the Health Research Council of New Zealand.

[2] View the journal article online at: 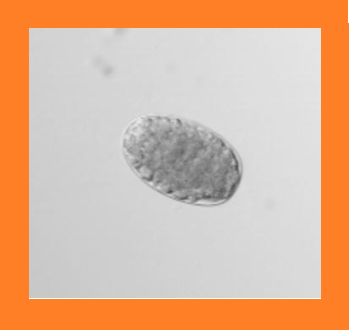