Professor Mike Berridge of Wellingtons Malaghan Institute co-led a team of scientists who earlier this year made a world-first discovery in cell biology. Today this has been rewarded with an $840,000 Marsden Fund research grant to enable further investigation of a new mechanism of communication between cells. The work has potential to lead to new approaches to bone marrow disorders.

The Marsden Fund supports excellence in science, engineering, mathematics, social sciences and the humanities in New Zealand by providing grants for investigator-initiated research. It was established by the government in 1994 to fund excellent fundamental research. It is a contestable fund administered by the Royal Society of New Zealand on behalf of the Marsden Fund Council. The Marsden Fund takes its name from physicist Sir Ernest Marsden (1889-1970) who made a remarkable contribution to science both in New Zealand and overseas.  The Fund is highly competitive with only 7-8% of applicants being successful. 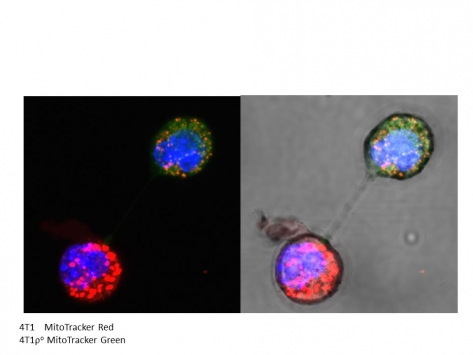 Mitochondria generate most of the energy that our cells need to do their jobs. The research, a world first, demonstrated how cancer cells, deprived of the mitochondrial DNA, acquired DNA from surrounding healthy cells to restore function. While many international researchers have investigated this outside the body this was the first demonstration in vivo. What triggers this movement and how widespread it is remains largely unexplored, and will be the subject of the three-year grant.

Mike Berridge says, I am thrilled with this grant and accept it on the basis that many people contributed to the discovery we made. The truth is that many researchers have investigated around this topic over the years, including a group in New Orleans a decade ago. Their work was destroyed as a result of Hurricane Katrina in 2005  in fact they reached out to us earlier this year sending their congratulations; an incredibly generous gesture given what the people of New Orleans went through.

The next steps for us are to see if this mitochondrial transfer is facilitated by mtDNA damage.  While it is much too early to even talk about bone marrow transfers or new therapies for those with bone cancers, this is how fundamental research works; we need to understand basic processes as a platform for new treatments. I have been a medical researcher for almost five decades now but there is still so much more to discover.  New Zealand-based medical research is world class and to have the backing of the government and the Marsden Fund is a great honour.

[i] Professor Berridge and Professor Jiri Neuzil from the Griffith University, Queensland Australia, co-lead the team which published the world first discovery in January 2015. Their team was the first in the world to demonstrate mitochondrial DNA movement between cells in a tumour model. Their paper was published in the leading biological journal  Cell Metabolism.