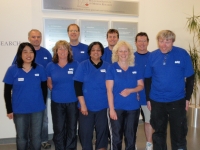 If you have ever tried to hunt out the few remaining black jellybeans in the pick & m...