New Zealand has the opportunity to establish itself at the cutting edge of RNA technology. We already possess the scientific expertise to solve problems unique to our nation and globally – we just need the investment, writes Head of Research Technology Kylie Price. When the novel coronavirus first came into the spotlight in early 2020, development of an effective vaccine was predicted to take at least two years. But by last December, the first messenger RNA (mRNA) Covid-19 vaccines had been developed, clinically tested and approved for use.

Alongside unprecedented focus, investment and global cooperation, this was in large part due to timely advancements across several fields, culminating in the maturation of RNA nanomedicine technology.

The mRNA Covid-19 vaccines are just the tip of the iceberg for this technology – it has the potential to revolutionise many types of medicines and how they are delivered. With the necessary investment, Aotearoa New Zealand could reap the benefits of the scientific and biomedical innovation RNA nanomedicine technology has to offer.

Traditionally, developing an effective vaccine is a time-consuming and costly process, involving the production of inactivated or weakened virus or viral proteins. This entails culturing and manipulating multitudes of cells in huge vessels used as biofactories.

The manufacture of mRNA vaccines does not require the use of cells – instead it is a biochemical process carried out in a reaction vessel using synthetic enzymes. As a result, the first Covid-19 mRNA vaccines were designed within weeks and ready for clinical trials in just over two months from when the SARS-Cov-2 genome was published in January 2020.

Unlike traditional vaccines, mRNA vaccines are based on the fact that our cells already have the machinery to build parts of the virus themselves.

Nestled in the nucleus, at the centre of our cells, is our DNA. It contains the instructions to produce most of the building blocks, or proteins, that make up our body.

DNA never ventures out of its position within the fortified nucleus. Instead, it sends out a tiny messenger – mRNA – which holds only the relevant instructions for our cells to make particular proteins. This intermediate messenger is required because the machinery for making proteins resides outside of the nucleus. Once the information in the mRNA is read by the cell and made into a protein, it breaks down.

Because viruses are also made of proteins, by presenting the body with an mRNA molecule encoding the SARS-Cov-2 spike protein, this machinery will set about producing only this piece of viral protein. These are picked up by your immune system which mounts effective long-term immunity against the virus.

RNA itself is an incredibly versatile molecule that is produced naturally in our bodies and used for various functions. However, injecting RNA directly into the bloodstream causes it to degrade before it can enter a cell and carry out its function – a challenge that has held back progress for years. 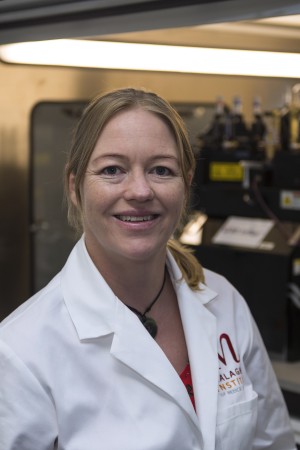 As a result, researchers looked towards the field of nanotechnology, in which chemists had developed a delivery system made of different types of fats or lipids.

These lipids work by encapsulating the “medicine” in a droplet that keeps out fluids and, in the case of mRNA, also protects the message from degradation until it is delivered into a cell.

The alliance between the mRNA and lipid delivery system is further strengthened by applying a charge to certain lipids. This helps the mRNA and lipid nanoparticles to form more efficiently and, once inside a cell, promotes the release of mRNA so it can carry out its function.

Advancements in microfluidic devices have allowed this technology to be scaled up by rapidly and efficiently wrapping the lipid nanoparticles around the mRNA, ready to be loaded into a syringe for vaccination.

Using this technology, the process of designing, developing and manufacturing vaccines is made efficient and effective.

As a country, having the necessary infrastructure would allow us to prepare for and respond rapidly to future pandemics. This technology could be applied to meet the unique health needs of our society, targeting, for example, diseases that disproportionately affect our Māori and Pasifika populations.

It could also be used to strengthen key industries such as agriculture and aquaculture, in which the development of effective vaccines and therapies can help ensure animal health and biosecurity.

Though this technology came to light as a solution to ending the COVID-19 pandemic, the original application for mRNA technology was for cancer vaccines.

The next age of cancer treatment is based on immunotherapy, in which the immune system is trained to recognise and destroy cancer cells.

Currently undergoing clinical trials overseas, mRNA cancer vaccines can be designed and produced rapidly enough to target cancer cells with specific genetic mutations before the cells mutate further. This can be extended to the treatment of a wide range of diseases, including genetic conditions.

This approach to treatment falls under the umbrella of personalised medicine – the concept of tailoring the treatment of a disease to the distinct needs of an individual.

The lipid nanoparticle delivery system further opens up this frontier in medicine. A plethora of medicines, from insulin to antibiotics, could be delivered in precise quantities and targeted to specific cells. Ultimately, this will optimise the effectiveness and limit the side effects of treatments.

Aotearoa New Zealand has the opportunity to establish itself at the cutting edge, embracing RNA nanomedicine technology and all the potential it holds for our health and biotech sectors, as well as our primary industries.

Collectively, we already possess the scientific expertise to unlock the innovations this technology offers to solve problems unique to our nation and globally. What we need now is investment in the infrastructure to make this a reality.

This article was originally published on Newsroom

In focus: Making friends with enemies, unexpected solutions to our allergy epidemic

Discovery points to the skin as ‘ground zero’ for allergic disease