Home > News & reports > News > Running for Research around the country!

Running for Research around the country!

Word is out and more people are signing up to Run for Research at events around the New Zealand!

Running for Research at

Ports of Auckland Round the Bays

Among the 35,000 people at Ports of Auckland Round the Bays on Sunday 9 March were three Malaghan Run for Research supporters including nine-year-old Abigail Higgins (pictured above) who has raised an incredible $1,680!

Abi, who ran with her dad Grant, finished in the top 10% of the 12 and under age group and says her feet were sore but she wasnt puffed!

Congratulations to Abi, Mitch Boocock and Matthew Malaghan who all took part, and a very big thank you from the team at Malaghan!

Running for Research at... 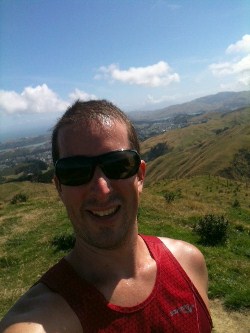 Gareth Thomas chose to Run for Research at the Tarawera Ultra

Having friends who have battled, and some still battling cancer, Gareth Thomas decided to make his second attempt at an Ultra Marathon mean that much more by fundraising for the Malaghan Institute.

Gareth ran for research at the Tarawera Ultra in Rotorua on Saturday 15 March. After injuring himself before the 2012 North Face 100km in the Blue Mountains of Sydney and having to pull out 21km in, he was determined to cross the finish line of this event.

Due to the threat of the incoming tropical cyclone the event was pulled back to 70km and despite the rainy, muddy conditions Gareth crossed the finish line in a fantastic 9hrs:33mins.

The run was tough, but happy to complete it! Thanks to all those who supported, says Gareth.

Well done Gareth  we really appreciate you making your run matter and choosing to Run for Research!

Keen to take part in a running event? Why not make your participation that much more meaningful by choosing to Run for Research! Email [email protected] to find out more.