Former trustees recognised for their service

Five former trustees of the Malaghan Institute have been acknowledged for their decades of volunteer service and invaluable contribution to the organisation.

Alan F Harris, Bryan Johnson, David Mossman, Gary Quirke and Dan Williams have all been made Distinguished Trustees (retired), a lifelong award recognising their service for and enduring relationship with the Malaghan Institute.

Chairman Graham Malaghan says they have each brought unique expertise and perspective to a growing organisation and helped steer it – often through challenging times – to become the world-leading biomedical research institute it is today.

They continue to stay involved with the Institute and give counsel to Trustees. 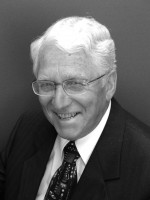 Alan Harris, Len and Ann Malaghan’s former accountant, joined the Malaghan Institute Trust Board in 1986 to represent the interests of Ann Malaghan when the Wellington Medical and Cancer Institute’s name was changed to the Malaghan Institute of Medical Research. In 1988 he was elected Chairman, at a time when the Institute was on the verge of insolvency on the back of the 1987 share market crash. With Graham Malaghan and John Beattie, Alan helped construct a rescue package designed to financially underpin the Institute and widen its support in the community. Under a new Trust Deed a new Board was formed, chaired by Graham Malaghan, which Alan and John joined. Alan served on the Governance Group and chaired both the Risk and Audit Committee and the Investment Committee until his retirement in 2005. 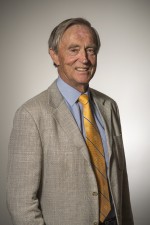 Bryan Johnson was appointed to the Trust Board in 1998, encouraged by one of the founders of Friends of the Malaghan, Faith Taylor, to take her late husband Keith’s position on the Board. The Senior Partner in stockbroking company Jarden & Co, he retired in 2002 to further develop his Marlborough winery, Spy Valley. He shared the fruits of both business interests with the Malaghan Institute, providing strong counsel to management and trustees, and generous provision of his family’s wines for events. Bryan was instrumental in obtaining the major donations and support for the early phase cancer clinical trials at the Institute and the many fundraising events held for the Institute around New Zealand. He was a member of the Executive Committee of the Board and acted as Deputy Chair on several occasions. 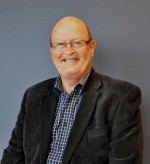 Appointed to the Trust Board in 2001, when he was Managing Director of P&O Nedlloyd, Gary Quirke’s extensive background in the commercial sector both in New Zealand and overseas made him a formidable and highly valued member of the Board’s Audit and Risk Committee. As a keen community fundraiser, he was also a member of the Advocacy Committee and worked with management to develop and implement fundraising strategies. When he stepped down from the Board in 2014, the Institute was fortunate to retain him as a co-opted member of the Audit and Risk Committee, a position he continues to hold today. 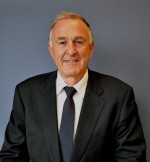 David Mossman was appointed to the Trust Board in 2005 after leading the Friends of the Malaghan Institute group in the Hawke’s Bay, resulting in substantial funding and support for the Institute from the region. A retired rural veterinarian, David’s keen knowledge of immunology meant he was well ahead of other Trustees in following the discussion on scientific opportunities and challenges. His fundraising expertise and extensive networks made him an invaluable member of the Board’s Advocacy Committee. He retired from the Board in 2020 but remains an active member of the Hawke’s Bay Friends. 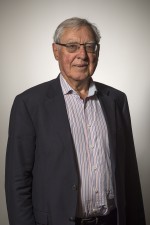 Dan Williams’ 50 years of service to the same (through different names) accounting firm, Deloitte, where he was Partner with Alan Harris, made him a compelling successor to Alan on the Trust Board in 2005. Like Alan, Dan was a strong leader for our finance teams and adviser to Trustees and ably shepherded the Institute through many years of growth. He chaired the Board’s Audit and Risk and Investment Committees until his retirement in 2020